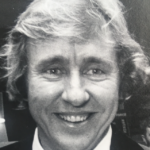 Alexandria Bay, NY – Mark R. Flinn, 69, of 44 High Street, passed away Sunday afternoon at his home. He had been under the care of his loving family and Hospice of Jefferson County.

Mark was born August 31, 1948 in Watertown, NY son of Ralph and Ruth Hartman Flinn. He was educated in Alexandria Bay schools. He served in the US Army form 1969 until 1971 during the Vietnam War. He was recipient of the US Vietnam Service Medal with 3 bronze stars, the National Defense Service Medal, the Vietnam Campaign Medal, the Army Commendation Medal with Oak Leaf Cluster, and the Combat Infantry Badge. He served in the Army Reserves for 4 years after returning from Vietnam. He married Linda Bowles on April 16, 1983 in Alexandria Bay. Mark worked several jobs in construction and well drilling during his life. He enjoyed hunting, fishing, trapping, bird watching and Labrador Retrievers.

He is survived by his wife Linda, his mother Ruth, three sons, Jeff and his companion Lisa Roberts, Ogdensburg, Gunther and his wife Amanda, Alexandria Bay, and Markus and his companion Laura Illiano, Ithaca, a daughter and her husband Tricia and David Hadden, Bethlehem, CN, two sisters and their husbands, Susan and Steve Slate, Baldwinsville, and Heather and Thomas Coles, Alexandria Bay, and 6 grandchildren.

Family services will be held at a later date.

Memorial donations may be made to the Jefferson County SPCA.