A memorial gathering for Frederick “Mark” Wolfe, 68, will be held Saturday, March 24th, at 2pm, at the Reformed Church of the Thousand Isles, Alexandria Bay. 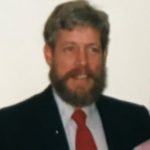 Frederick“Mark Wolfe, 68, of Simpson Road, Redwood, NY passed away at his home under the care of his family, friends, and Hospice.

Mark was born on April 17th, 1949 in Penfield, NY, the son of Frederick J. Wolfe and Eleanor K. Killian Wolfe.

Mark worked at the Department of Transportation for the Town of Alexandria before retirement.  Mark was a professional downhill skier and worked in Research and Development for several ski companies while also owning his own sporting goods store in Rochester.  Mark also was partnered with good friends owning contracting businesses.  Mark was an outdoorsman and enjoyed gardening with family and friends.

Mark is survived by his daughter, Hillary Wolfe, Alexandria Bay, and four grandchildren.  His parents and his sister, Gail Elizabeth Wolfe predeceased him.

There will be no services. A family and friend gathering will be announced.

Memorial contributions may be made to Hospice of Jefferson County.