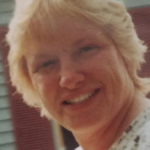 LaFargeville, NY – Cindy L. Hirschler, 55, of Stafford Drive, passed away Wednesday at Samaritan Medical Center in Watertown, where she had been a patient since January 3rd.

She was born January 16, 1963 in Watertown, daughter of Eugene “Silver” and Gloria Robinson Countryman. She was educated in Alexandria Bay schools. She was a housekeeper for many years for the North Star Motel in Alexandria Bay.

Cindy married Joseph S. Hirschler on October 7, 1989 in Theresa. She loved helping people. She loved her family unconditionally and cherished time with her grandchildren.

A memorial service will be held Sunday, January 28th at 4 pm at the Thousand Islands Christian Church, with Rev. Gene Brown, officiating. A celebration of life gathering will follow the service at the LaFargeville American Legion. Spring burial will be in Orleans Four Corners Cemetery.