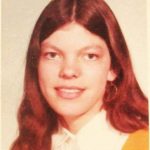 She was born October 17, 1957 in Alexandria Bay, daughter of Horace “Hod” and Minnie Tousely  Willix. She graduated from Alexandria Central High School and later from Jefferson Community College with her bachelor’s degree in accounting. She worked as a secretary for Century 21 Reality in Alexandria Bay.

She married Audie Rolls in December of 1989, in Alexandria Bay.

Services will be at a time to be announced. Burial will be in Highland Park Cemetery, Alexandria Bay.