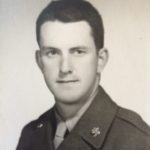 ck J. Weller, 85, died peacefully on July 20th, at Upstate University Hospital in Syracuse, where he had been admitted on July 19th.

A lifelong resident of the 1000 Islands, he was born in Clayton, NY on October 20, 1930, son of Frederick A. and Bethel Decker Weller. He was educated in the Clayton school system and received an honorary diploma from Alexandria Central School on December 25, 2004.

He entered the US Army in 1951, serving during the conflict in Korea. After his honorable discharge, he remained in the US Army reserves until 1990.

Fred was a volunteer fireman for the Plessis Volunteer Fire Department from 1955 until the time of his death. He was an avid gardener for his entire life and one of his great joys was sharing the abundance of his garden with others. Many people found bags of vegetables on their front steps.

Calling hours will be Tuesday, July 26th from 4-8pm, at the Costello Funeral home, Alexandria Bay. A celebration of life will be Wednesday, July 27th at 11 am, at the Alexandria Bay United Methodist Church, with Pastor Freddie Webb, officiating.