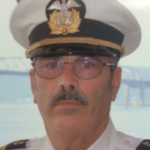 He was born October 22, 1950, in Alexandria Bay, son of Clair and Jeanne Barbie Snyder. He graduated from Alexandria Central High School. He earned his captain’s license at the age of 18, and worked for the family business, the Paul Boat Line, Alexandria Bay, and continued there until after it was sold to the new owner, Paul Quackenbush. Mike went to work in 1994 for the American Canadian Cruse Line, based out of Rhode Island, and retired from the American Cruse Line in 2014. After retiring, he worked part time, as a captain for the Uncle Sam Boat Line, Alexandria Bay.

He enjoyed hunting, fishing woodworking and was an avid horseman. He was also a member of the NRA. He loved spending time with family and friends.

Besides his wife, Pat, he is survived by his brother Gene and his wife Brenda Snyder, Alexandria Bay,

A memorial service will be held Wednesday, June 29th at 11am, at St. Cyril’s Catholic Church, Alexandria Bay, with Fr. Douglas Comstock, officiating.

Memorial donations may be made to the Alexandria Bay Rescue Squad.