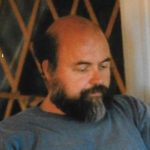 Redwood, NY – Robert E. Varney, Jr., 68, passed away Monday evening, June 13th, at his home. He had been under the care of his loving family and Hospice of Jefferson County.

He was born September 6, 1947, in Watertown, NY, son of Robert E. Sr. and Beatrice Brown Varney. He graduated from Watertown High School and then from Jefferson Community College.

He worked for the Department of the Army at Fort Drum, as a supervisor and maintenance management specialist. He was an avid collector of stamps and chess sets.

Besides his wife, Kathy, he is survived by his son Robert E. Varney III, Redwood, two stepsons, Joshua Nelson,  and Andrew Nelson and his companion, Lea Syvertsen all of Alexandria Bay, an aunt and uncle, Ross and Lillian Brown, Glen Park and nieces and nephews.

Per Bob’s request, there will be no calling hours or services.