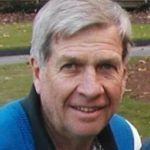 He was born April 29, 1938 in Endicott, NY, son of W. Ray and Edna Mae Shafer Manchester. He graduated from Owego Free Academy and then from Broome County Community College. He served in the US Army from 1957 to 1959.

He is survived by his wife, Jean (Russell) of 58 years, two daughters, Sue Manchester, of Chapel Hill, NC, and Sami (Dave) Foye, of Pittsboro, NC, a brother John (Janet) Manchester, of Endwell, NY and two grandchildren, Sean and Katie Foye and several nieces and nephews. Phil worked for many years for IBM in Owego, retiring as Public Relations Manager. After retirement, the couple spent summers at their home in the Thousand Islands and currently reside in Sanford, NC. END_OF_DOCUMENT_TOKEN_TO_BE_REPLACED 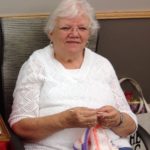 Phyllis T. Heberger, 82, of Fisher’s Landing, NY, passed away peacefully at her home on Friday, July 6th with her family by her side.

Phyllis was born in Rochester, NY on January 12, 1936, the daughter of Harold K. and Edna E. Bansbach Trost.  She graduated from West Irondequoit High school and then received her diploma from Rochester Business Institute.

She married Kenneth Heberger on August 10, 1957 in Rochester, NY and became a homemaker.  Mr. Heberger passed away on August 31, 2014. END_OF_DOCUMENT_TOKEN_TO_BE_REPLACED