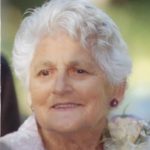 Annie Jean Pharoah, 93, formerly of Kring Point, passed away on November 28, 2017 at Samaritan Keep Home where she had resided since January 2012.

Annie was born on July 25, 1924, in Rome, NY, the daughter of Samuel R. and Winifred M. Ellis Davies. She was educated in Rome schools and, while living there, worked at Rome Copper and Brass, NY Telephone, and The Rome Daily Sentinel. She later worked for the NYS Parks System for the Thousand Islands Region in Alexandria Bay. She was especially proud of being the caretaker of Canoe Point State Park on Wellesley Island.

Annie was an avid outdoorswoman excelling in speed skating in her earlier years. She had a life-time of memories and love for the St. Lawrence River. Annie enjoyed kayaking, ice fishing, camping, cross-country skiing, downhill skiing, END_OF_DOCUMENT_TOKEN_TO_BE_REPLACED 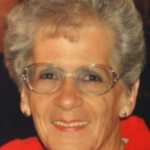 Clayton, NY –Polly A. McLennan, 70, of Purcell Drive, passed away Thursday afternoon in the ER of River Hospital, in Alexandria Bay.

She was born March 9, 1947 in Alexandria Bay, daughter of Arthur A. and Frances Simpson Estes. She graduated from Alexandria Central High School in 1965. She worked for many years for the Admiral’s Inn, Alexandria Bay.

END_OF_DOCUMENT_TOKEN_TO_BE_REPLACED

He was born May 28, 1933 in Alexandria Bay, son of Clifford A. and Edna VanDresar. He graduated from Alexandria Central School. He served in the U.S. Army following his graduation from high school.

Harold worked for many years as a custodian for the U.S. Postal Service in Alexandria Bay, retiring on April 20, 1990.

He is survived by several cousins. His sister, Sally with whom he resided, predeceased him.

A calling hour will be Wednesday, November 22nd, from 1 to 2 pm, at the Costello Funeral Home, Alexandria Bay. The funeral will be at 2pm at the funeral home with Rev. Jeff McIllrath, officiating. Burial will follow at Barnes Settlement Cemetery. 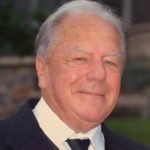 A Celebration of Life gathering in honor of Lt. Colonel Donald Prosser will be held on Saturday, April 14th, from 1-4 pm at the American Legion on rock Street in Alexandria Bay.  A short prayer service will be said at 2 pm with Pastor Freddie Webb officiating.

Lt. Colonel Donald Prosser passed away November 15th at home in care of his wife, Marjorie.

Donald was born March 18, 1921 in Syracuse, the son of Elmer and Katherine Clickner Prosser. He attended St. Lawrence University and then joined the United States Air Force in 1941, becoming a pilot. He served his country in South Africa during WWII and retired from the military after 22 years.

Mr. Prosser owned and operated many businesses in the area including Prosser’s Bar and Grill, Gouverneur, the Dekalb Junction Hotel, and the St. James Hotel.  He developed Bonnie Castle Yacht Basin along END_OF_DOCUMENT_TOKEN_TO_BE_REPLACED 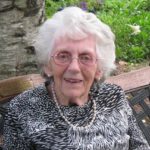 Doris Marie Jenning, 93, formerly of Orchard Park, NY, passed away peacefully Tuesday morning, Nov.7, 2017 at St. Joseph’s Nursing Home in Ogdensburg with her family by her side.

Doris was born on September 27, 1924 in St. Mary’s, PA, the daughter of Lawrence B. and Ruth Overturf Winslow.  She graduated from Dubois High School. She married Alvin G. Jenning on June 8, 1946 at the Grace Lutheran Church in Buffalo, NY.  Alvin passed away on October 2, 2001.

During WWII, while attending cosmetology school, Doris worked at the Army Airforce Depot in Buffalo, NY. After the war, she worked in the Orchard Park Elementary School cafeteria, became a homemaker and enjoyed square dancing, quilting, and rug-hooking.  She was a member of St. Peter’s United Church of Christ.

She is survived by her daughter, Betty Lou Vrooman, Alexandria Bay and four grandchildren, David and Jason Vrooman and Morgan and Cortney Jenning-Smith. A daughter, Susan Kay Jenning-Smith, predeceased her in 2003.

Calling hours will be held on Friday, November 10th from 1-3pm at Costello Funeral Home, Alexandria Bay. The funeral service will be held at 1:00 pm on Saturday at the Theresa Presbyterian Church in Theresa, NY, with her son-in-law, the Reverend Robert Vrooman officiating.

Contributions may be made in Doris’s name to St. Joseph’s Nursing Home, Ogdensburg, the Theresa Presbyterian Church or a Hospice of one’s choice. 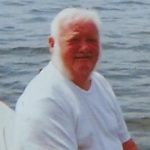 Frank D. Lane, Sr., 86, of Strawberry Lane, Clayton, passed away Monday at the Hospice Center of Jefferson County, in Watertown, with his loving daughter by his side.

Frank was born on November 5, 1931 in Marrietta, OH, the son of Corvin and Audrey Decker Lane.

Frank was educated in Ohio schools and then joined the United States Army, serving from 1952-1954. He worked in the maintenance department at Monday Village Apartments in Huber Heights, OH, retiring in 2004.

Frank was an avid outdoorsman.  He moved to Clayton, NY in 2009 to be near his daughter, Lisa.

A calling hour will be held on Friday, November 10th from 6pm until 7 pm at Costello Funeral Home, Alexandria Bay. The funeral service will follow at the funeral home at 7:00 pm with Deacon Bernie Slate officiating.

Burial will be at the Miami Valley Memorial Garden in the Spring of 2018.

Memorial contributions may be made in Frank’s name to Hospice of Jefferson County, www.jeffersonhospice.org.