END_OF_DOCUMENT_TOKEN_TO_BE_REPLACED

He was born on March 6, 1933 in the Bronx, son of Eileen (Shannon) Wellins and Nathan Wellins. He worked in the dental sales and office design business for many years and later worked as a corporate limousine driver. He served in the US Army during the Korean War and upon his return, he met and married Charlotte Nindl of Great Bend, NY.

He is survived by two sons and their families, Gregory J. and his wife Carmen Neuberger, Scottsdale, AZ, grandson “Nicky” and granddaughter Andrea “Andy”, and son Mark A. Wellins, New York, NY, four brothers, Marvin, Alan, Douglas, and Richard, all of New Jersey. A sister Diane, predeceased him.

George was passionate about his involvement with people with gambling addiction, as well as families of those addicts. After his retirement in 2001, he volunteered to work with prisoners with addictions at the Cape Vincent Correctional Institute, as well as with other groups.

A celebration of life will be held at the convenience of the family. Burial will be in Riverside Cemetery, Wellesley Island. 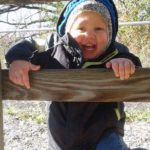 Konner was born on January 28, 2015 in Watertown, the son of Erik Milsap and Elizabeth Lawrence.

A calling hour will be held on Friday, July 21 from 4-5 pm at Costello Funeral Home, Alexandria Bay.  The funeral service will follow at 5 pm at the funeral home with Rev. Gene Brown officiating.  Burial will be at Oakwood Cemetery, Theresa, NY.

Memorial contributions may be made in Konner’s name to St. Jude’s Children’s Hospital, www.stjude.org.

Robert was born in Watertown on September 7, 1931, the son of Elmer and Ella Salisbury Gosier.  He was educated in one-room schoolhouses through his grade-school years and graduated from Cape Vincent Central School.

Bob enlisted in the United States Navy in January of 1952 and served aboard the U.S.S. New DDE 818 until December of 1955.  After returning home, he worked construction jobs with Floyd Gould Sr. for 12 years.  Afterwards he became employed for 27 years by the NYS Department of Transportation in Watertown and Collins Landing.

He married Joan Price Johnson on May 22, 1971 at St. Vincent of Paul Catholic Church in Cape Vincent with Father Kennedy officiating. After gaining four children that he always treated as his own, Bob and Joan had a daughter, Julie Marie.

Bob was the epitome of a devoted New York Yankee fan, traveling to Yankee Stadium on an annual basis with his lifetime friends, never missing a ballgame on the television or radio, and even teaching his children the names of all the players – he delighted in having them recite them to his buddies.

He was a great friend to little leaguers as a coach and as a man they could always count on to umpire their games. Living only a block away, if an official didn’t show up he would drop what he was doing and run up to the ballfield to help out.

Bob proudly served 67 years as a volunteer firefighter for the Cape Vincent Fire Department, was honored to be a veteran member of the John C. Londraville Legion for 61 years, was recognized by the Chamber of Commerce as the 1980 Citizen of the Year, lead the clean-up crew after the annual French Festival for over 45 years, and was known throughout the area for his participation in the Fast-Pitch Men’s Softball League and as a coach and player for the Township Basketball League. He was especially pleased to have been able to donate 19 gallons of blood to the American Red Cross over his lifetime.  What contented him the most was having his family around him and the love he felt from “Joanie’s kids”.

He spent his life working hard and performing acts of kindness, never expecting anything in return.  The life lessons he taught by his example will be fondly remembered by all who were blessed to know him and have him in their lives.

Bob is survived by his wife, Joan, at home; their children, Joyce and her husband Jimmy Greene, Fort Mill, SC; Joanne Sabin, Alexandria Bay; Jeffrey and his wife Dr. Kimberly Johnson, York, SC; Jacqualine “Bopper” and her husband, Jim Costello, Alexandria Bay; and their daughter Julie and her husband Richy Wilkinson, Indian Land, SC; nine grandchildren: Lucas and Sean Mason, Vincent and Jacob Sabin, Robert, Elizabeth and River Costello, and Richie and Lexis Wilkinson; his brother, James Gosier and sister Kay Schiefer, numerous nieces and nephews, as well as many people in the Cape who grew up fondly calling him Uncle Bob.  He is predeceased by his brother Ned Gosier.

Calling hours will be held from 4-8 pm on Thursday, July 20, at the Cape Vincent Fire Hall. A special Fireman’s Bell Ringer service including “Last Call” will take place at 7:30.  A funeral mass will be held on Friday at 11 am at St. Vincent of Paul Catholic Church with Father Paul Whitmore officiating. Burial will follow at the Catholic Cemetery on Route 12E.  A reception will be held at the Fire Hall.

Memorial contributions may be made in Bob’s name to the Cape Vincent Volunteer Fire Department and/or Ambulance Squad, PO Box 609, Cape Vincent, NY 13618 or to Hospice of Jefferson County, www.jeffersonhospice.org.

The family would like to extend their deepest and heartfelt gratitude to the members of the Fire Department and Ambulance Squad for their assistance and compassion throughout these last two weeks and to the nurses and hospice employees for their kindness and professionalism.