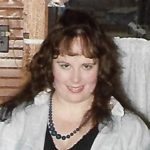 Patricia A. Brayen, 62, 912 Strawberry Lane, passed away suddenly on March 17th at her home.

She was born on April 7th, 1954, in Alexandria Bay, daughter of Frederick and Dorothy (Graney )Brayen of Fishers Landing. She Graduated from Clayton Central in 1972, and attended Queens University, Canada, majoring in Theatre.

Patricia moved to New York City, and then to San Francisco, before returning to the 1000 Islands in 2008.

Patricia had a 30 year career in a series of positions within Law Firms in both NY and San Francisco. Patricia worked as a staff assistant in preparing Testimony and Litigation Briefs. She was very proud to work on the cases associated with the National Asbestos Litigation, while in California.

In addition to her work with the law, she was very active in the theatre. She produced an Off Broadway Play in New York City, and worked on a variety of projects and productions with her friends in San Francisco.

Patty will be best remembered for her love of animals, her generosity, a quick tongue, and her love of a good story retold.

She is survived by a brother, Michael and his wife Jeri, (Docteur), of Fishers Landing, two nieces, Rebecca, Mullica Hills, NJ, and Jami, Las Vegas, NV., and her many close friends in Clayton and San Francisco. A niece, Heather, died before her, in 2014.

There will be no public service or burial at this time, however, there will be a private summer service and interment at the convenience of the family. 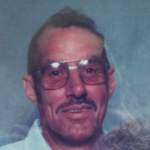 John was born on February 9, 1940 in Clayton, NY, the son of Baptiste J. and Lillian Sulier Diabo.  He was educated at Grindstone Island schools. He married Kay side on June 17. She passed away July 26, 1998. As a young man, John worked for the Big M grocery store.  He then went to work as Marina Manager for the New York State Parks at Keewaydin State Park, Alexandria Bay.  He retired in 2016 after 39 years of employment at the park.  He was a former Clayton Lions Club Member.

Calling hours will be held on Thursday, March 16th from 2-4 pm at Costello Funeral Home, Alexandria Bay. Graveside services at Highland Park Cemetery, Alexandria Bay, will be private and at the convenience of the family. 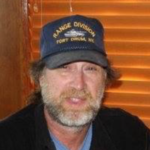 David B. Tuttle, 58, of NYS Rt. 37, Redwood, NY, died unexpectedly on Thursday, March 9th at Carthage Area Hospital, after being stricken at work.

David was born on April 22, 1958 in Gouverneur, NY, the son of Benjamin and Betty Manning Tuttle.  He graduated from High School in Hawaii and went on to serve in the United States Army from 1976-1980.  He married Tami Felicia on September 24, 1983 in Gouverneur, NY.  He worked as an electronics mechanic at Range Control for the US Army at Fort Drum, NY.

Calling hours will be held on Tuesday, March 14th from 2-4 and 7-9 at Costello Funeral Home, Alexandria Bay.  The funeral service will be held on Wednesday at 11 am at Costello Funeral Home with Father Douglas Comstock officiating. Burial will be in Redwood Cemetery with military honors. A gathering at the Redwood Fire Hall will follow cemetery services.

Memorial donations may be made to the Disabled American Veterans at www.dav.org/Donate or the Redwood Volunteer Fire Department. 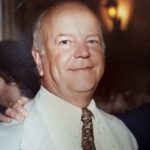 John Frederick “Fred” Lind, Jr., 94, State Route 37, Redwood, NY, passed away Wednesday March 1st at Crouse Hospital in Syracuse where he had been a patient since February 20, 2017.

Fred worked as a production-control supervisor for 15 years at Hawk-Eye Works of the Eastman Kodak Co. in Rochester, then moved to Black Lake, NY as owner of the Hillside Camps resort. He also managed Ogdensburg Bowl in Ogdensburg, NY, and was later proprietor of Crescent Recreation Bowling Alley in Ogdensburg.  In later years, he worked for various contractors, and was an estimator for Summerhays & Sons in Rochester, then at J.S. Thermal Systems and North Country Power Plant Consultants in Redwood, and for W.D. Brown & Associates.  He had been an employee of Shepherd Showcase Co. in Rochester and of MacPherson Electric in Alexandria Bay; he was also a purchasing agent at Morrison Knudsen at Fort Drum. His last employment was as a purchasing agent at Pine Tree Point in Alexandria Bay.

He was selected as an All-Stars pitcher from among Rochester high schools. He was a member of the VFW and enjoyed golfing and music. He was undefeated in a lifetime of chess matches.

Calling hours will be held Saturday, March 4th, from 4-6 pm at the Costello Funeral Home, Alexandria Bay. The funeral service will be at 6 pm, with Rev. Allen Ferguson officiating. Spring burial will be in Notre Dame Cemetery, Ogdensburg.