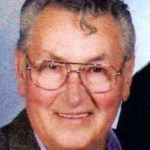 peau, 85, of County Rte. 192, Redwood, NY, passed away Monday night at his home surrounded by his loving family.

Bill was born on October 16, 1931 in Ogdensburg, NY, the son of Joseph “Buster” and Della Fortin Compeau.  He was educated in Ogdensburg schools and then served in the United States Marine Corps where he fought in the Korean War. He survived the Chosin Reservoir and is therefore considered one of the Chosin Few.

Calling hours will be held at Costello Funeral Home on Friday, March 3rd from 2-4 and 7-9 pm.  The funeral will be held on Saturday at 11am at the Alexandria Bay United Methodist Church with Pastor Freddie Webb officiating.

Memorial contributions may be made in Bill’s name to the Alexandria Bay Rotary Club.