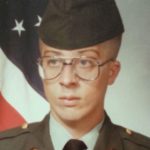 Weedsport, NY. – Gary M. Reno, 52, died Sunday in the town of Sennett, from injuries sustained from an automobile accident.

He was born May 20, 1964 in Las Vegas, NV, son of the late Gary J. and Sandra Shook Reno. He graduated from Western High School in Las Vegas. He served in the U S Army from 1985-1992, and for the Army reserves for several years following his active duty. A marriage to Angel Freeman ended in divorce.

He is survived by a son and his wife, Jon & Destinee Reno, LaFargeville, NY, a daughter and her husband, Cassandra & Shane Fichthorn, Alexandria Bay, a brother, William Reno and a sister and her husband, Laura and Barry Broadwater, all of Pahrump, NV. Nieces, nephews and cousins also survive.

Gary was very spiritual in nature, a regular church attendee, and an avid guitar player.

A memorial service with military honors will be held Monday, January 30th at 11 am at the Costello Funeral Home, Alexandria Bay, with Rev. Jeff McIlrath, officiating. A celebration of life luncheon will follow funeral home services at the Alexandria Bay American Legion.

Donations may be made to an account in the name of Jon Reno, at Watertown Savings Bank to help cover funeral expenses. 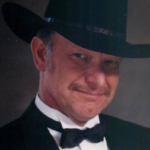 Michael Whiting Davis, 64, formerly of Redwood, passed away Wednesday, January 18th at Albany Medical Center.
Mr. Davis was born on August 26, 1952, in Watertown, NY, son of Isaac George and Barbara Jane Harten Davis. He was educated at Hammond Central School. He owned and operated a dairy farm in Theresa, NY, for a number of years before moving to Perryton, Texas, where he worked as an EMT firefighter. Upon returning to New York, he worked for Berry Brothers Lumber Company, resumed dairy farming for several years, and finished his career as a long haul tractor trailer driver.
Mr. Davis was married to the former Sharon Dingman, and together they had three daughters: Cynthia Lee White, Holly Sanderson, and Helen Davis. In November 2001, he married MaryLynn Festa. He is survived by his wife and daughters, his brother Isaac “Butch” Davis, sisters Sheila Steele and Sheri Sayers, five grandchildren: Ashley, Austin, Christine, Jared, and Sierra; great-grandson Michael, and stepdaughters Jessica and Polly Festa.
Calling hours will be Monday, January 23, from 4 to 5:30 p.m., at the Costello Funeral Home, Alexandria Bay, NY 13607. A memorial service will be held at 5:30 p.m. at the funeral home with Pastor Jeff McIlrath officiating. 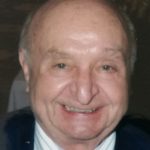 Martin Wolfe, age 89, a resident of Samaritan Keep Home, formerly of Patterson Road and North Hamilton Street Watertown, passed away Sunday, January 1, 2017.  Martin was born September 12, 1927, son of the late Mary Taper Wolfe and John Wolfe, Watertown.  He was a 1945 graduate of Watertown High School.  As a very young man he worked for the railroad in the freight yard and made many lifelong friends while working there.  He served in the United States Navy as an Aviation Machinist Mate repairing and maintaining small planes.  He met Ida Foster of Castorland, NY, who had moved to Watertown to enter nursing school at Samaritan School of Nursing and they were married June 24, 1951 at Holy Family Church.  At that time, he worked as a meat department manager at the former Loblaws Grocery on State Street in Watertown (one of the first self-service stores in the North Country).  After 26 years there, he then worked at Fort Drum Commissary until END_OF_DOCUMENT_TOKEN_TO_BE_REPLACED