Bob was born on January 31, 1927, in Syracuse, NY, the son of John E. and Ada Norris O’Connor.  He graduated from Watertown High School and served in the United States Navy during WWII.  Bob graduated from St. Michaels College in Winooski, VT. and then continued his education at SUNY Albany.  He married L. DeVerde Foley on June 25, 1949 at Watertown Holy Family Church.

Bob was a business teacher at Alexandria Central School for 30 years retiring in 1981.  He also worked during the summer season as an Inspector for the U.S. Immigration Service on Wellesley Island for 17 years.  Upon retirement from teaching he then worked for Uncle Sam Boat Tours as a tour boat captain for 13 years

Bob was a member of the America Legion and a communicant at St. Cyril’s Church.  He was an avid sports enthusiast, enjoying tennis, swimming, boating, and snow skiing.  For many years he taught youth tennis and swimming and coached high school basketball in Alexandria Bay.

Bob is survived by his wife DeVerde, three daughters and their husbands, Terry and George Dobbins, Kathy and James R. Miller, and Roberta “Boots” and Michael John Cavallario, all of Alexandria Bay, six grandchildren and six great-grandchildren. A brother, Norris O’Connor, predeceased him in 1930.

A mass will be held on Monday October 31st at 11:00 am at St. Cyril’s Catholic Church in Alexandria Bay.  There will be a private burial at Calvary Cemetery in Watertown at a later date.

Memorial donations in lieu of flowers may be made to the Alexandria Bay Rescue Squad. 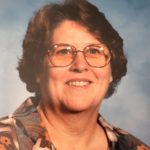 Carol F. Thornton, 74, longtime resident of Redwood and Theresa, passed away Saturday evening at United Helpers – Riverledge Home, Ogdensburg, where she had resided since June of 2015.

She was born March 26, 1942 in Redwood, daughter of Malcom and Eleanor Dollinger Frazier. She graduated from Indian River High School in 1960. A marriage to Niles G. Busler, Jr. ended in divorce. She later married Robert “Rod” Thornton. Mr. Thornton passed away on May 1, 2013.

Carol worked as a secretary at Indian River High School and then at Theresa Primary School for a combined 31 years. She retired in 2003. She was a member of the Jefferson County Association for Educational Secretaries and the Thousand Islands Bluegrass Association.

She is survived by two sons and their wives, Robert and Brenda Busler and Timothy and Kelly Busler, of Theresa, seven grandchildren and five great grandchildren.

Calling hours will be Tuesday evening, October 25th, from 6-8pm at the Costello Funeral Home, Alexandria Bay. Graveside services at Oakwood Cemetery, Theresa will be private.

Memorial donations may be made to River Hospital or the Redwood Rescue Squad.

Betty was born in Groton, NY on June 8, 1924, the daughter of Marion B. and Vivian McKean Mason.  She graduated from Hillside High School in Hillside, NJ.  Betty married Richard L. Warner on December 5th, 1942, he passed away on February 4th, 1994.

Betty and her husband, Dick, settled in Alexandria Bay in the late forties.  She worked at E.J. Noble Hospital, Marine Midland Bank, Bonnie Castle Resort, and the Thousand Islands Bridge Authority.  She had many hobbies including knitting and crocheting, and specialized in creating stained glass pieces. Betty was an avid NASCAR and baseball fan; her favorite team was the Atlanta Braves.

Memorial donations may be made in Betty’s name to the Jefferson County SPCA.

There will be no services.  Arrangements are with Costello Funeral Service, Alexandria Bay. 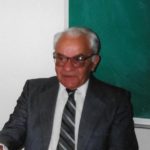 Frank was born on October 10th, 1918 in Stamford, CT, the son of Francesco “Frenchey” and Dora Caseria Valerio.  He was a graduate of King’s Preparatory School in Stamford, Packard’s Business School in New York City, and Renssalaer Polytechnic Institute of Troy, New York, with a degree of BCE.

He served in the US Army from 1942 to 1946 as a First Lieutenant in the Philippine Islands and the Panama Canal Zone.

Frank married Beulah Stevenson Shoulette on April 29th, 1978 by the Reverend Gilbert Menard at St. Peter’s Church in Hammond.  They made their home in Hammond after he retired in 1981. Mrs. Valerio passed away on January 8th, 2015.

He was a member of the Honorary Engineering Societies, Chi Epsilon, Tau Beta Pi, and Sigma Chi. He was also a member of the Elks Lodge #772 in Ogdensburg, a member of the Hammond Planning Board, a communicant of St. Peter’s Church, and a 4th Degree Knight for the Knights of Columbus in Watertown.

Frank is survived by his stepson Lee D. Shoulette and his wife, Glenda, of Pawleys Island, SC, along with cousins in CT.

Calling hours will be held on Wednesday, October 5th from 6-8 pm at Costello Funeral Home, Alexandria Bay.  A funeral mass will be Thursday at 10 am at St. Peter’s Church in Hammond with Rev. Jay Seymour officiating.  Burial will follow at St. Patrick’s Cemetery in Rossie, NY.

Memorial donations may be made in Frank’s name to St. Peter’s Church and/or the Hammond Fire Department.