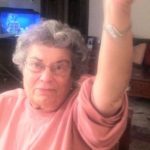 Christina Marie (Turturro) Thornton, Theresa, NY passed away Monday, May 16th at St. Joseph’s Hospital, Syracuse, NY from complications of a medical procedure.  She was 85 years young. She was born on April 11, 1931 in Watertown, NY to parents, Agostino and Frances (born Chiappone) Turturro, both Italian immigrants who entered the US through historic Ellis Island.

Christina graduated from Theresa High School in 1949. While a teenager, Christina had aspirations to be a fashion designer, and was accepted into the Parsons School of Design, but wasn’t able to attend, because of familial responsibilities. She never lost her creative impulse and flair and it manifested itself in elaborate award winning Halloween costumes, sketching, ceramics, crochet and delicious baked END_OF_DOCUMENT_TOKEN_TO_BE_REPLACED

She was born December 31, 1929 in Lysander, NY, daughter of Frederick Groth, Sr, and Eleanor Cannon Groth. She graduated from LaFayette High School, Morrisville College, with her LPN, and Orange County Community College, with her RN degrees.

She married Robert L. Funda, Sr, on July 1, 1961, in Jamesville, NY. Doris and her husband owned and operated Funda’s Bluff Campground, on Hyde Lake, for many years. END_OF_DOCUMENT_TOKEN_TO_BE_REPLACED 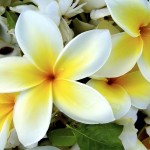 She was born June 5, 1921, in the town of Alexandria, daughter of Charles and Lotha Hartman Snell. She graduated from Alexandria Bay High School.

She worked for many years as a chambermaid at Edgewood Resort and also worked for several other area businesses.

She is survived by nieces, nephews, cousins and friends.

Besides her parents and husband, she was predeceased by a sister, Vera Hogan.

Calling hours will be Wednesday, May 11th, from 12-2pm at the Costello Funeral Home. The funeral service will be at 2pm at the funeral home with the Rev. Kerri Weldon, officiating. Burial will be in Highland Park Cemetery.

Memorial donations may be made to the River Hospital Foundation, Hospice of Jefferson County, or the Alexandria Bay Fire Department.