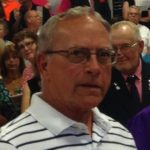 Alexandria Bay, NY – Gregory G. VanBrocklin, 65, of State Route 26, passed away early Sunday morning at his home. He had been under the care of his family and Hospice of Jefferson County.

He was born June 20, 1950 in Alexandria Bay, son of Clifford and Isabelle Pierce

VanBrocklin. He graduated from Alexandria Central High School in 1968.

Greg worked for the Town of Alexandria for many years, retiring as Deputy Highway Superintendant. He also owned END_OF_DOCUMENT_TOKEN_TO_BE_REPLACED 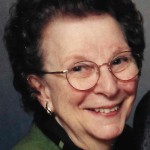 A memorial service for Jean M VanDerwerker, age 90, of Alexandria Bay will be held at 12:00 Noon at the Reformed Church of the Thousand Isles, Alexandria Bay on Sunday, April 10th. Mrs. VanDerwerker passed away on April 1, 2016 at RiverLedge Residence, Ogdensburg. Arrangements are under the direction of Costello Funeral Home.

Mrs. VanDerwerker was employed as a beautician in Cherry Valley and at Beech-Nut in Canajoharie, NY. For the past fifteen years, she resided in Alexandria Bay with her husband.

In lieu of flowers, contributions may be made in her memory to the Reformed Church of the Thousand Isles, 54 Church Street, Alexandria Bay, NY 13607. 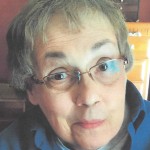 Funeral services for Diane Fowler, age 71, of Fishers Landing, NY will be held on Thursday, April 7, 2016 at 1:00 PM at Costello Funeral Services, Alexandria Bay with Pastor Donald Bryant officiating. Burial will be in Riverside Cemetery in Vestal, NY. There will be no public calling hours. Mrs. Fowler passed away on Saturday, April 2, 2016 at Samaritan Medical Center in Watertown where she had been a patient since March 13.

Mrs. Fowler is survived by her husband, Loren; one daughter, Loralyn Garner of Endicott, NY; two sons, Tyron of Los Angelos, CA and Matthew of Fishers Landing; four grandchildren, Chris, Aubrey, Morgan and Brittany; and several nieces and nephews. She was predeceased by two sons, Robert James in 1997 and Michael John in 1994; and one brother, James Keech.

Mrs. Fowler was born on October 22, 1945 in Johnson City, NY, the daughter of James G. and Rosa B. Queiser Keech. She graduated from Vestal High School and Robert Packer School of Nursing in Sayre, PA where she received her RN license. She first worked for Willow Point Nursing Home in Vestal, PA for over 20 years. She and her husband moved to Fishers Landing. She retired from River Hospital where she worked for 15 years in the Skilled Nursing Unit due to ill health.

Donations may be made in Diane’s name to the American Stroke Foundation or the the Community Betterment Foundation of Alexandria Bay.

END_OF_DOCUMENT_TOKEN_TO_BE_REPLACED 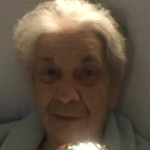 Helen A. Fitzsimmons, 89, of Redwood passed away Thursday at Crouse Hospital in Syracuse, where she was admitted on March 20, 2016.
END_OF_DOCUMENT_TOKEN_TO_BE_REPLACED