Robert was born in the town of Alexandria on September 2nd,1945, the son of Ralph and Mildred Masters Kring. He graduated from Redwood High School. He married Annita Minnich in Rome, NY on June 7, 1968.

Robert worked as a welder and then became plant and production manager for Frink Snow-Plow for 24 years. He then started his own business, G&B Enterprises, which became Kring’s Mechanical LLC, which he co-owned with his wife, Annita and son Gene. Robert retired from the business in 2011.

He was a member of the TI Sportsman’s Club, Alexandria Bay Fire Department, National Rifle Association, and a past member of the Masonic Lodge.  He was an avid outdoorsman and enjoyed sporter rifle leagues, attending many of the events over the years.

Family services will be held in the spring of 2019.

Memorial donations may be made in Robert’s name to the TI Sportsman’s Club for the ACS Trap Team.

Douglas R. Savage, 74, of Lake Street, Redwood, passed away early Thursday morning at Samaritan Keep Home where he had been a patient since December 3rd, 2018.

Douglas was born in the town of Alexandria on October 23rd,1944, the son of C. Harvey and Viola Dunn Savage.  He graduated from Redwood High School andthen served in the United States Navy from September 13th, 1962 until February 21st, 1966, during the Vietnam War.

Douglas was a maintenance foreman at Crowley Foods in LaFargeville for 42 years.

In addition to his wife, he was predeceased by his parents, C. Harvey and Viola Savage and brothers, Charles and Robert Savage.

A memorial service will be held on Thursday, December 27th at St. Paul’s Lutheran Church at 3:00pm, with Rev. Allan Ferguson officiating.

Memorial donations may be made in his name to Hospice of Jefferson County.

Alexandria Bay – Joan M. Paul, 79, passed away on Monday afternoon surrounded by her family at SUNY Upstate Medical Center, in Syracuse,where she had been a patient since November 18th.

Born December 14, 1938, in Poughkeepsie, NY, daughter of William and Geneva Reed Kelly. She graduated from Jefferson Community College as a Registered Nurse. Joan proceeded to work for many years as an RN, before becoming a drug and alcohol counselor for Canton Potsdam Hospital.

A marriage to David Trainham ended in divorce.

She is survived by three children and their spouses, Kenneth Trainham and his wife “Todd”, of Rome, NY, two daughters Mrs. Robert (Kelly) Kernehan and Mrs. Gregory (Peggy) Millett, both of Alexandria Bay, a brother,William Kelly of Florida, 12 grandchildren and many great grandchildren.

Joan was predeceased by her parents, her husband, Michael Paul, and two children, Joanie Cole and Raymond Trainham.

There will be no services. A family memorial will be held in the spring. 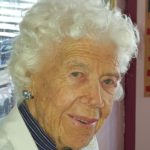 She was a 1937 graduate of Alexandria Central School.  Madeline married Herbert (Bertie) Raymond Millett on January 16, 1943 at Fort Bragg, North Carolina, where Bertie was training for the glider division of the 82nd Airborne.  Bertie passed away on April 19, 2006.

While spending most of her life as a housewife, Madeline’s work experience also included factory employment in Rochester, NY at a major defense plant during WWII and numerous summer jobs in Alexandria Bay. In her early END_OF_DOCUMENT_TOKEN_TO_BE_REPLACED 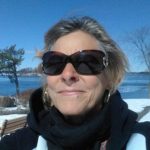 Velvet was born on December 10, 1963 in Watertown, NY, the daughter of Ernest J. and Christine V. Denney Charleston.  She graduated from Watertown High School and worked as a caretaker for various properties in the Thousand Islands region. She owned and operated “Velvet Touch”, a property maintenance service company.

A marriage to Kenny Wells ended in divorce.

Velvet was a member of Save the River, Clayton, and the Moose Lodge in Florida.  She loved the St. Lawrence River. END_OF_DOCUMENT_TOKEN_TO_BE_REPLACED 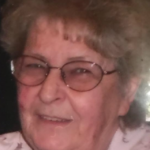 Plessis, NY – Audrey J. Robbins, 76. Route 26, passed away Friday morning at her home, where she had been under the care of her loving family and Hospice of Jefferson County.

She was born January 27, 1942 in Brownville, NY, the daughter of Danford and Marion Phelps Shultz. She graduated from Alexandria Central High School. She owned and operated the Exit 49 Diner for many years and drove school bus for the Alexandria Central School District. She married Gerald H. “Tony” Robbins on April 4, 1961 at the Plessis Methodist Church.

Audrey enjoyed gardening and her dogs. She volunteered as a transportation driver for Jefferson County. END_OF_DOCUMENT_TOKEN_TO_BE_REPLACED 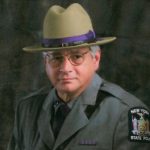 Following his retirement, he continued his passion for woodworking, gardening, and making maple syrup.  He was an avid outdoorsman.  Joe was an active leader for the Boy Scouts of American for almost 30 years, as well as END_OF_DOCUMENT_TOKEN_TO_BE_REPLACED 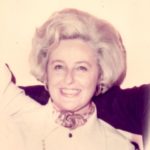 Helen was born on December 19, 1928, in Queens, NY, the daughter of Joseph and Mary (Mae) Curren Mastrocola Finnigan.  Her father passed in his early years when Helen was very young.  Her family then moved to Canton New York when she was 10.  Helen grew up in Canton and finished high school there.

After graduating high school, Helen worked in Alexandria Bay doing various waitress jobs. It was there she met her future husband James (Jim) Sweet (now deceased). She was married to Jim in 1949. The marriage ended in divorce.

Helen enjoyed many aspects of life. She definitely was not an introvert.  When her boys were young she could be seen END_OF_DOCUMENT_TOKEN_TO_BE_REPLACED 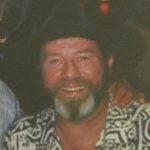 Paul was born in Rome, NY on November 8, 1941, the son of the late John T. and Lavinia Rostiser Coleman.  He was a graduate of Holland Patent Central School, Class of 1961, and excelled in all sports.  Back in the day of high school demonstrations he performed the task of doing what is called a “Double Cut Off” on the flying rings, blind folded, proving to be an excellent gymnast as well.

Paul was employed by Marcy State Hospital, serving in the music department for 13 years.  He went on as a self-taught musician entertaining locally for many years, eventually opening for Willie Nelson, Tanya Tucker, and many END_OF_DOCUMENT_TOKEN_TO_BE_REPLACED 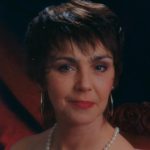 Colleen A. Papin, 65, of County Route 3, passed away Tuesday morning at her home.

She was born September 16, 1953 in Alexandria Bay, daughter of Roger and Aileen Staie Mathous. She graduated from Alexandria Central High School. Marriages to Floyd Hall and David McDaniels ended in divorce. She married John Papin on December 30, 1999. Mr. Papin passed away on May 30, 2011.

Colleen worked for many years at Fort Drum as a dispatcher for public works. She also managed several N.C.O. clubs on Fort Drum, and bartended at many other local establishments. She dairy farmed at different points in her life as well. END_OF_DOCUMENT_TOKEN_TO_BE_REPLACED