Cape Vincent, NY.  Sean R. Dillon, 32, of Route 12E, passed away with his family by his side on Tuesday morning at the Cleveland Clinic, Cleveland, OH, where he had been a patient for many months.

Sean was born to Linda Dillon in Council Bluffs, IA on July 5, 1988. He was a graduate of Thousand Islands High School.  He married Courtney Gould on July 22, 2017 in Cape Vincent with Hon. John Blodgett officiating.

Sean was employed for the past three years as the assistant manager at Valvoline in Watertown.  He enjoyed golfing, coin collecting, and auto mechanics, but especially loved spending time with his family and friends.  Following his death, per his wishes, Sean was an organ and tissue donor.

Sean is survived by his wife, Courtney and their daughter, Haisley; his wife’s parents and grandmother, Marylynn and Brian Leech, Erin and Floyd “Butch” Gould, and Rosalyn Robbins, all of Cape Vincent, and his many friends that were more like family to him.

A celebration of life gathering will be held on Sunday, October 4th from 1:00pm – 4:00pm at the Recreation Park facility/picnic area on James Street in Cape Vincent.  Attendees are reminded to wear face masks and respect distancing rules.

In lieu of flowers memorial donations in Sean’s name may be made to the fund for his daughter, Haisley Dillon, c/o the Citizen’s Bank of Cape Vincent, 154 East Broadway St, Cape Vincent, NY 13618.

She was born January 21, 1943, in Oneonta, NY, daughter of Clyde and Elma Southern Salisbury. She graduated from Oneonta High School. She married John S. Rothermel on May 2, 1972, in Cooperstown, NY.

Judie worked at Bresee’s Department Store as an IBM key puncher and for 5 years at the Baseball Hall of Fame.

The couple lived in Concord, NH, Cape Elizabeth, ME, Springfield, MA, Keene, NH and Watertown, NY for many years, before retiring to their home on Clear Lake. Judie was a member of the Clear Lake Cottage Association.

Besides her husband John, she is survived by her brother, Bruce L. Salisbury, Milford, NY, nieces and nephews.

A celebration of life gathering will be held Saturday, September 26th at 2pm on the shores of Clear Lake, at the home of friends, John and Mary Weagraff, 26861 Clear Lake Camp Road, Theresa, NY.

She was born February 26, 1958 in Watertown, NY, daughter of Alfred and Audrey Lake Engelhardt. Ater the passing of her parent in an automobile accident, she was raised by foster parents Loyd and Clara Evans. She graduated with honors from Indian River High School. In 1985, she married Dr. Louis Emmons, and was married for over 30 years.

Debbie was an RN at multiple hospitals in New York before moving to California in 1989. In Los Angeles, she worked at Cedars-Sinai Hospital and received her BSN from Cal State. In 1996, she relocated to North Carolina, where she received a master’s degree in 1998 and began working as a psychiatric nurse practitioner. She was given the honor to speak at many psychiatric drug conferences. In 2008, she and her family relocated to Ohio and continued her profession. In 2010, she received a second master’s degree to be a family psychiatric nurse practitioner. In 2014, she moved to Arizona and in 2015, returned to New York to be with her sister.

Debbie was academically and professionally accomplished, and was highly respected among her peers. She was a devout Christian and was involved in the churches that she attended. Her and her husband adopted two daughters from China. She enjoyed taking her family to the lake, on neighborhood strolls, and to animal zoos. She was an avid bicyclist, listened to country gospel music, and loved animals.

She is survived by her husband, Dr. Louis Emmons, her daughters, Abigail Emmons and Sarah Qiong-Yun Emmons, of Yuma, AZ, and her sister, Julie Kirker, Madison, NH.

Graveside services will be announced at a later date.

HAMMOND, NY – Infant Emberly Jean Mills was carried to heaven by angels on September 13, 2020, shortly after meeting her parents, Jordyn Tulley and Brent Mills, of Hammond.

Family members who were waiting for her in heaven are, Joseph Brown, Robert and Eleanor Gleason, Dean and Georgieanna Rosenbarker, Clyde and Isa Tulley and Hollis and Eleanor Drummond.

Our lives were touched by her short presence and her memory will always remain in our hearts.

Emberly’s family will celebrate and honor her privately as they lay her to rest at Pleasant Valley Cemetery, Hammond, on September 16th.

He was born May 7, 1934 in Brockton, Massachusetts, son of Alton and Fannie Flood Stromwall. He was raised by his mother and step father, Rev. Francis Berry, for whom he had much love and respect. He graduated from Madison High School, in Madison, Maine and served in the U.S. Navy from October 1952-September 1956. Following his service, he graduated from the University of Maine, with a BS in Electrical Engineering.

He married Sally Sawyer on December 19, 1954. The couple moved to the Rochester, NY area to raise their family while Rob worked for many years as an engineering manager for Eastman Kodak. Mrs. Stromwall passed away on April 3, 1983.

Following retirement from Kodak in 1989, the couple purchased a lot off Dingman Point Road and built their home on the St. Lawrence River.

Rob was a man of uncompromising character and faith. He served our God, his family, community and country in any capacity where he found need.

He was born December 20, 1956 in Syracuse, NY, son of Charles and Mary Ann Kranock Bridenbaker. He was educated at Cicero/North Syracuse Schools and Onondaga Community College.

He proudly served in the U.S. Navy from January 1974-August,1976, achieving the rank of Fireman, and saw service in the Mediterranean during the Cyprus Conflict aboard the USS Guam (LPH-9), receiving an honorable discharge.

He was a member of the North Syracuse Fire Department from 1978-1981 and NAVAC Ambulance from 1981-2003, serving as Deputy Director for three years.

Mike became a nationally registered paramedic, working for Eastern Ambulance for ten years from 1976-1986.  When Onondaga County Sheriffs’ Department initiated the Air-One Emergency Helicopter program, Mike was recruited as one of the elite seven first flight paramedics, providing over 7,500 hours of direct service to Onondaga County.

Mike worked as a police officer for the City of Syracuse from 1986-2006, earning the Medal of Valor in 1992.  In addition, he received bureau, department and division commendations.  He worked with the Emergency Services Unit, the SWAT Team, and the Airport Division.

Mike was currently serving as a Fire Commissioner for the Tully Fire District, and was Chairman of the Board for two years.  He secured significant grant funding to benefit the community.

He is survived by his lifetime companion of 35 years, Marley Barduhn of Tully, two daughters, Hope Messer of Solvay, and Brittany Woolshlager (Matthew) of Fairmount, one son, Michael Bridenbaker, Jr. (Jessica) of North Syracuse, his mother, Mary Ann Bridenbaker, brothers Edward and Patrick ( Robin ), and six grandchildren, including Crystal, Brandon, Evan, Michael, Elizabeth, and Molly of the Syracuse area, as well as other extended family.  Mike was predeceased by his father, Charles Bridenbaker and an infant son, Steven.

Mike enjoyed hunting, fishing, the New York Yankees, the New York Giants, rock music, and spending time with his family and friends, at home in Tully and in Alexandria Bay and Florida.  He especially enjoyed his volunteer EMS activities at Woodstock ‘94 and ‘99.

Alexandria Bay, NY – Gail A Edwards, 69, passed away at home, Wednesday morning, after a brief illness. She had been under the care of her loving family and Hospice of Jefferson County.

Gail was born November 25, 1949 in Binghamton, NY, daughter of Anson and Mary Hartman Hawley. She was educated in Alexandria Bay schools.

Gail lived for much of her adult life in Colorado, married to Harold Wright. Following Mr. Wright’s death in 2013, she returned home to live in Alexandria Bay and care for her mother.

Besides her mother Mary, with whom she resided, she is survived by a daughter, Mrs. Josh (Sarah) Kolz, Elizabeth, CO, a son, Dale (Kim) Williams, Highlands Ranch, Co, a brother, John (Stacie) Hawley, Mellette, SD and six grandchildren.

There will be no services. Burial will be in Barnes Settlement Cemetery. 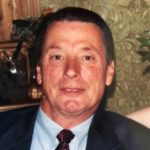 Ronald J. Mowers, 67, of Sunset Drive, passed away Thursday afternoon at SUNY Upstate Medical Center in Syracuse, after a courageous battle with a glioblastoma multiforme.

He was born August 19, 1951 in Rochester, NY, son of Ronald F. and Margaret Brizendine Mowers. He graduated from Gates-Chili High School and attended Corning University.

His first marriage to C.J. Farley ended and he was remarried to Anne Wilcox Dower on November 5, 1998 in Boca Raton, FL.

Ron had a lifelong passion for the St. Lawrence River and one of his greatest pleasures, was taking his grandchildren fishing. END_OF_DOCUMENT_TOKEN_TO_BE_REPLACED 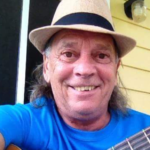 Richard J. Chaltain, 65, passed away Saturday evening at SUNY Upstate Medical Center in Syracuse. He had been a patient since September 12th.

He was born in Alexandria Bay on January 11, 1953, son of Jack and Pauline Kramer Chaltain. He graduated from Alexandria Central High School and then from Jefferson Community College with a degree in Hotel and Restaurant Management. He worked as a chef at Belhurst Castle in Geneva, NY as well as for several other local establishments.

He donated his time at the Alexandria Bay Food Pantry as well as P.A.Y.I.T., a nonprofit organization in Alexandria Bay. He enjoyed golfing, fishing and playing his guitar. He was a huge sports fan who loved the NY Giants, NY Rangers and SU Basketball. END_OF_DOCUMENT_TOKEN_TO_BE_REPLACED 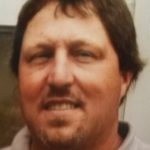 Gary D. Rogers, Jr, 53, of DingmanPoint Road, passed away Wednesday afternoon at SUNY Upstate Medical Center in Syracuse, where he had been a patient since September 12th.

He was born August 8, 1965 in Alexandria Bay, son of Gary D. and Marilyn Kendall Rogers. He graduated from Alexandria Central High School. END_OF_DOCUMENT_TOKEN_TO_BE_REPLACED